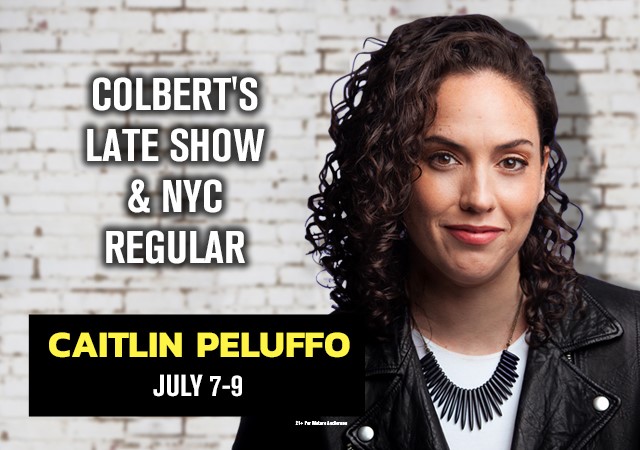 Originally hailing from San Francisco, CAITLIN PELUFFO is a stand-up comedian living in New York City.  This lovable loose cannon recently made her network television debut on The Late Show with Stephen Colbert and has been seen on NBC Seeso’s “New York’s Funniest” as well as the Comcast Network as a finalist in the ‘Trial By Laughter Comedy Competition.’ She recently opened for Maria Bamford, Brian Regan, and Fortune Feimster.  Peluffo is a regular in the NYC comedy scene performing in clubs like the Comedy Cellar, New York Comedy Club, Gotham Comedy Club, Stand Up NY, and was recently featured in the Caroline’s on Broadway Breakout Artist Series.