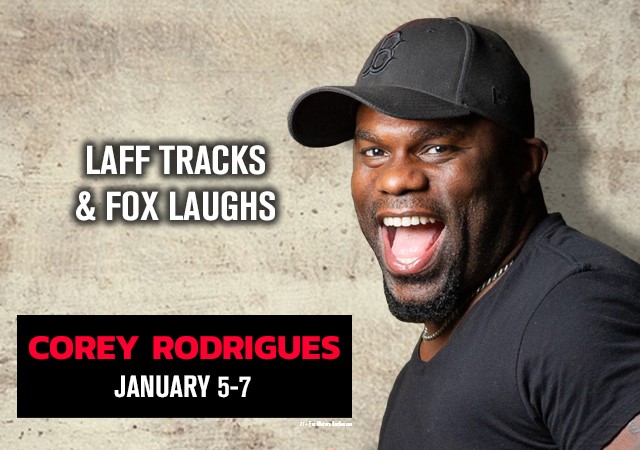 COREY RODRIGUES was the winner of The Catch a New Rising Star, The Funniest Comic in New England, and the Big Sky Comedy Festival. Corey has been featured on Gotham Live, Laughs on Fox, and Laff Tracks. In 2018, he released his Dry-Bar comedy special that has currently been viewed over 40 million times worldwide. Corey made his national debut on Conan in 2019, and he released his first half-hour comedy special on EPIX in 2020. Corey can currently be heard daily on Sirius XM. **ASSISTIVE LISTENING AVAILABLE; INQUIRE AT FRONT DESK**