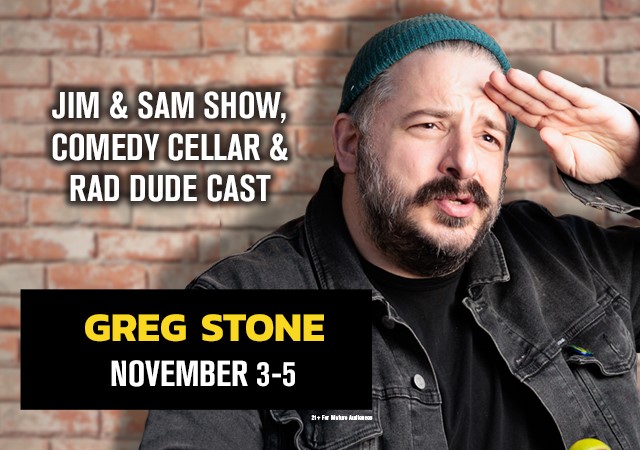 GREG STONE is one of New York’s most respected comedians; a regular at the Comedy Cellar, on the Jim & Sam show, The Bennington Show, AXS TV's Gotham Comedy Live, TruTV and SiriusXM Radio. He was a staff writer on Michelle Wolf’s White House Correspondents Dinner as well as working with Michelle on The Break on Netflix.

In 2019, Greg released his debut comedy album “The Amazing Greg Stone” with Comedy Records. He has been featured on FOX’s Red Eye and America’s Got Talent. He’s been seen on James Corden’s Late Late Show, but most know him from his podcasts The Rad Dude Cast and Friday Night Greg as well as the musical revolution known as Night Cream. **ASSISTIVE LISTENING AVAILABLE; INQUIRE AT FRONT DESK**