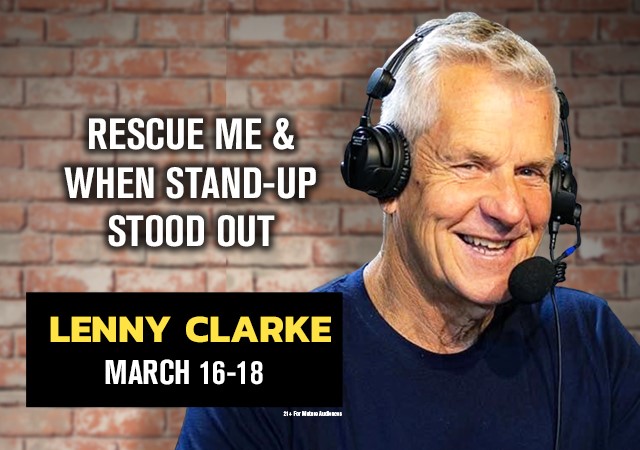 LENNY CLARKE is best known for both his role as Uncle Teddy on FX’s hit series, RESCUE ME, and his thick Boston accent, Lenny Clarke has also starred in his own sitcom, LENNY, and appeared in CONTEST SEARCHLIGHT, THE JOB, THE JOHN LARROQUETTE SHOW & IT'S ALL RELATIVE. On the big screen, he can be seen in such films as MONUMENT AVE, FEVER PITCH & SOUTHIE.

Most recently he appeared in the feature film HERE COMES THE BOOM with Kevin James and Salma Hayek. Clarke’s status as the most famous "saloon comic" in Boston during the ‘80s was captured in the 2006 documentary, WHEN STANDUP STOOD OUT. The tale details his early career and affiliations with other Boston comics, such as good friends Steven Wright and Denis Leary. **ASSISTIVE LISTENING AVAILABLE; INQUIRE AT FRONT DESK**