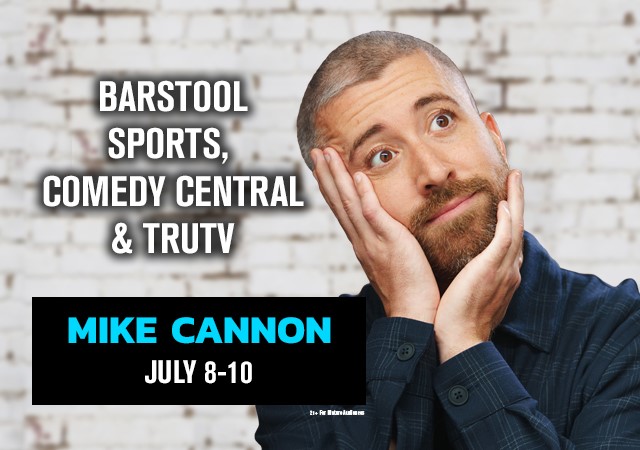 MIKE CANNON has recently appeared on Barstool Sports as a guest on their popular digital series Friday Night Pints and Answer The Internet, as a guest on Comedy Central’s Stupid Questions with Chris Distefano, as a panelist on Comedy Central’s The Nightly Show with Larry Wilmore, as a guest on Doug Benson’s Getting Doug with High, a talking head on TruTV’s Greatest Ever, a sketch performer on TruTV’s Top Funniest, a comedian panelist on MTV’s Failosophy and MTV’s Money From Strangers, as a regular guest on Fox’s Red Eye, as a talking head on MSG’s The Bracket and has been a contributing writer/performer for MTV2’s Guy Code.

He is currently a regular guest on several Sirius/XM Radio shows including The Jim Norton and Sam Roberts Show, KFC Radio on Barstool Sports (as well as Barstool Breakfast and Barstool Radio), The Bonfire on Comedy Central Radio, You Up? with Nikkie Glaser on Comedy Central Radio, Bennington and tons of popular podcasts as well as hosting one of his own – Irish Goodbye Podcast.