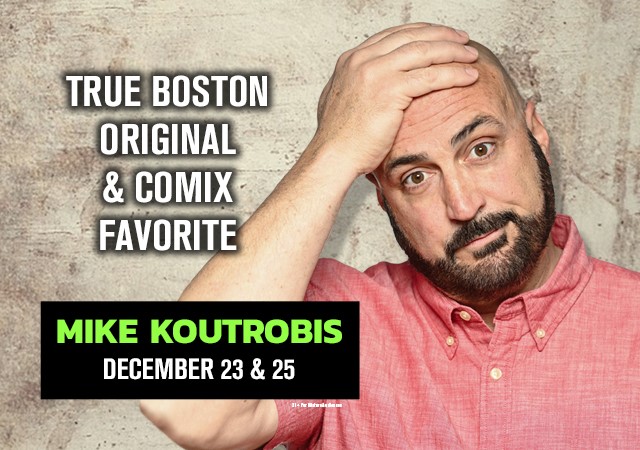 MIKE KOUTROBIS began what would become an outstanding comedy career over twenty years ago in Boston. Mike’s witty and sarcastic commentary has brought him to clubs, colleges and corporations throughout North America; appearing alongside some of the top headliners in the world.

Prior to becoming a full-fledged comedian, Mike was an accomplished rock musician, Ringling Brothers trained clown, MMA ring announcer and one of New England's most popular wedding DJ’s. The result of this eclectic lifestyle proves there is no situation this award-winning comedian can't handle. Mike Koutrobis has also appeared in various motion pictures such as "Bleed for This" with Miles Teller, "Ghostbusters" with Melissa McCarthy and Steven King's series on Hulu, "Castle Rock".