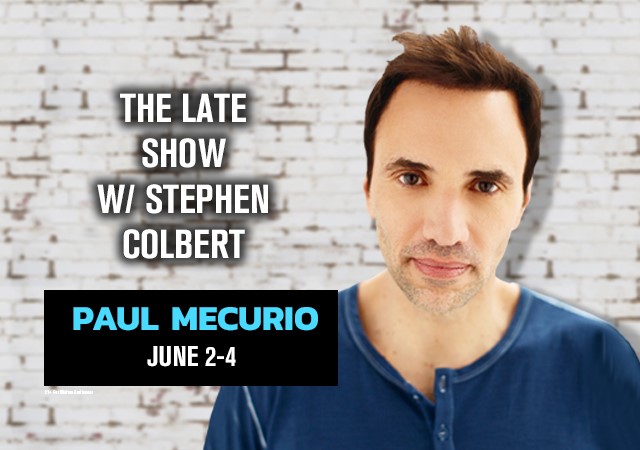 PAUL MECURIO is one of the premiere national stand-up comedians working today and an audience favorite at Comix. He is known for his hilarious live stand-up shows and award-winning work on dozens of national television shows and in film. Paul appears regularly on "The Late Show with Stephen Colbert" and works on that show as a performer. He’s an Emmy and Peabody Award Winning comedian and actor for his work on "The Daily Show,” "The Late Show w/Stephen Colbert," and "The Colbert Report." And he can be seen in the upcoming film "Johnny and Clyde" starring Megan Fox.

He's appeared in his own Comedy Central and Showtime Specials, has had his own series on HBO and has made several appearances on “The Daily Show,” "The CBS Late, Late Show," HBO, “The Tonight Show,“ “Conan,” “The Late Show w/Stephen Colbert,” ESPN, and Showtime. Paul has hosted his own shows for Comedy Central and CBS as well as his own talk show. Paul’s appeared regularly on ABC, CBS, NBC and as a commentator on the venerable show “CBS Sunday Morning,” CNN, MSNBC, and Fox News among others.

In his act Paul talks about his VERY unique path to entertainment that no one else has. He attended Georgetown Law School, worked on Wall Street as an attorney and investment banker at top tier firms and then, after a chance meeting with Jay Leno, he made a major career and life shift and went into the entertainment business full-time.

Check Paul's Comedy Out: VASELINE & YOU