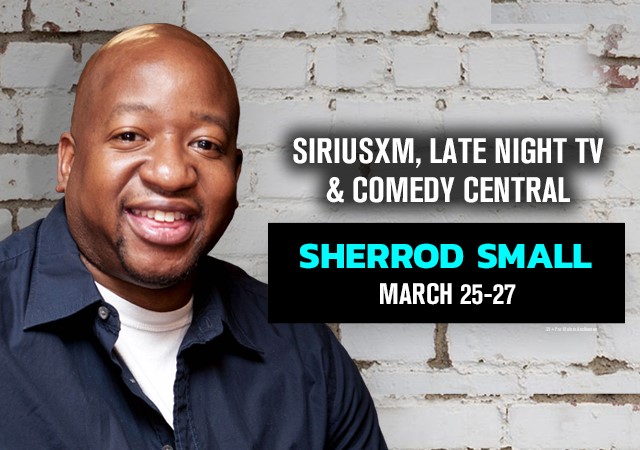 SHERROD SMALL is a comedian, writer, producer, actor, radio host and all-around performer; born and raised by his mother and two sisters in Brooklyn, NYC. He is a consistent killer connecting with audiences everywhere through his witty commentary, quick improvisation and his views on politics, culture and everyday life.

Sherrod has appeared in numerous popular series and is one of the most recognizable talking heads in America. You've seen him all over VH1's "Best Week Ever" and "I Love..." Series, guest hosting on ABC's "Good Morning America" and NBC's "TODAY", and as a frequent guest on FOX's "Red Eye" as well as Travel Channel's "Men Vs Food" and "Street Cred".