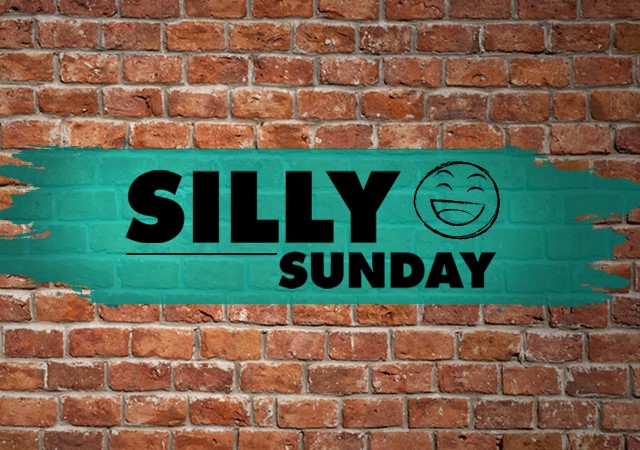 SILLY SUNDAY is always the best way to end your weekend! Every Sunday night, Comix brings in top-quality comedians to perform, and this weekend Comix is bring in some of our favorites! Rocking the stage will be some of the best comedians we have to offer up. **ASSISTIVE LISTENING AVAILABLE; INQUIRE AT FRONT DESK**

DECEMBER 4 – SS: BRIAN GLOWACKI - BRIAN is a lovable lunatic from the mean streets of Nantucket Island. With a larger-than-life stage presence and aggressive likeability, he has quickly transformed from a small-town class clown to a nationwide crowd favorite. Brian has made a splash in the comedy world like a fat kid doing a cannonball and is already headlining some of comedy's most well-known stages. Joining Brian On Stage Will Be RYAN BRAUTH & BRIEANNA WOODWARD

DECEMBER 11 – SS: PAT OATES - PAT is a comedian, writer, podcaster, father, and a national treasure. Pat is many things but the thing he is the most is funny. Pat was the winner of the 2015 Last Comix Standing competition at Foxwoods casino, defeating 150 other comics. He has appeared on TLC's Extreme Cheapskates, E's Talk Soup, Robert Kelly's YKWD, Legion of Skanks, and various morning radio programs and has been selected to be part of the Boston, Baltimore, Rogue Island, Oak City, and Granite State comedy festivals. Joining Pat On Stage Will Be: MO MUSSA & MATT LOPES

DECEMBER 18 – SS: DARREN RIVERA - AKA "The Rice and Bean Joker," Darren has been entertaining audiences for more than a decade whether it's been colleges and universities or comedy clubs all across the United States. He has won WCCC Last Local Comic Standing, runner-up in Funniest Comic in New England. He has opened for Jo Koy, Aisha Tyler and Gilbert Gottfried. He's originally from the Bronx, spent his adolescence in Bucks County, PA, and started his comedy career in Hartford, CT. Joining Darren On Stage Will Be: TBD